Who does not know the 60-year old classic novel “To Kill a Mockingbird” by Harper Lee and the movie featuring Gregory Peck as lawyer Atticus Finch, who defends an Afro-American defendant being tried for rape of a white young woman in the State of Alabama during the Great Depression of the 1930s?

One of the key scenes is Atticus Finch’s cross examination of alleged rape victim Mayella Ewell. It plays a role in the book “Louisiana v. Vincent Simmons: Frame-up in Avoyelles Parish.”

Harper Lee’s first book was “Go Set a Watchman.” It was the original but eventually became the sequel to “To Kill a Mockingbird.” Finch’s daughter Scout returns home from New York in the 1950s to visit her father. According to the publisher’s announcement: “She is forced to grapple with issues both personal and political as she tries to understand her father’s attitude toward society, and her own feelings about the place where she was born and spent her childhood.” 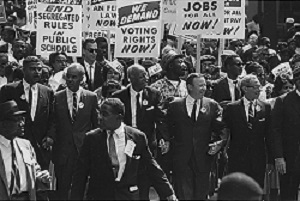 Gary Fields: “Outside of the basic black, is there any part of the description I fit?”