Every year, the FBI releases numbers of police killed and assaulted, but there are no official numbers of police shootings, let alone a Police Offenders Registry. Now in the aftermath of the killing of an unarmed African American teenager in Ferguson (Missouri), this might change at last.

Vincent Simmons was shot by a sheriff deputy when he refused to confess to a crime he had not committed. The officer has never been held accountable for his misconduct so far.

Gary Fields: “Outside of the basic black, is there any part of the description I fit?”

The 40-year old “War on Drugs” neither has been effective, nor is it really a war on the root of the problem. It is a war on the people. The chapter “Politics, Drugs, Dollars, Pleas and Snitches” in the book Louisiana v. Vincent Simmons – Frame-up in Avoyelles Parish very briefly explains why this policy has greatly failed and continues to fail. However, the new documentary The House I Live In goes into deep detail. It is a comprehensive review of the criminalization of drugs,  the federal and state criminal justice systems, the mandatory minimum sentencing scheme and America’s prison industrial complex. This film won the Grand Jury Prize of 2012 for documentary at the Sundance Film Festival and has been in the theaters since October 5, 2012.

One of the alleged rape victims in Vincent Simmons’ criminal case and her 18-year old cousin admitted to police that marijuana was an issue that certain night in question back in 1977. It was one of the many facts the prosecutors withheld from the defense, the judge and the jury. 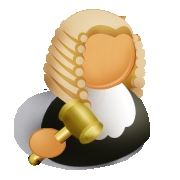